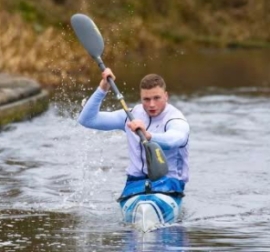 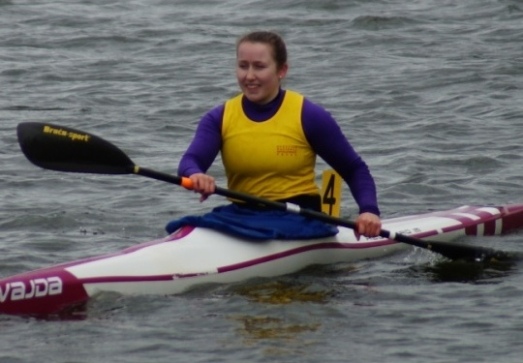 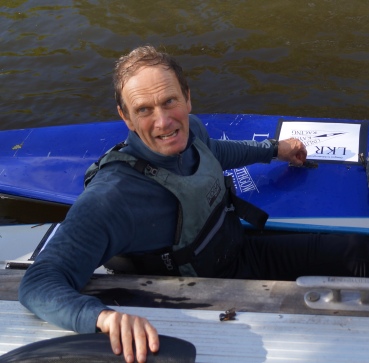 The club currently has nine coaches, with many years experience between them. They are as follows: Derek Marshall, Gilbert Speirs, Ben Gallacher, Pete Easson, Donald Gardner, Oliver Bohle, George Pennycook, Diane Sharp, and Emma Brockway. In order to maintain their coaching qualifications the club coaches are required to hold a valid first aid certificate, PVG cleared & Young & Vulnerable People training. However, insurance arrangements also allow us to utilise the knowledge and expertise of experienced paddlers with significant racing and coaching experience.

Gilbert started paddling slalom at University in 1972, gaining awards to become a Senior Instructor and Awards Assessor, as well as then competing in kayak surfing, white water racing, marathon racing and sprint racing. He moved to Nottingham in 1979 to train in sprint racing and in marathon racing with Nottingham Kayak Club continuing to represent Scotland and also to UK National and International levels. He’ll even admit he spent a year racing high-kneeling C1. Now as a Masters sprint and marathon paddler for LKR Gilbert continues to collect national championship medals in Scotland and the UK, and competes internationally in some marathon events. He also trains and competes in ocean ski which he enjoys, but confesses his real skills lie in flat water competition. Qualified as a Level 2 Race Coach, his desire to pass on the skills of paddling and the joy of group paddling activities to racing beginners as well as performance paddlesport athletes remains strong. He retains a belief that a vibrant local kayak club is the most appropriate situation for sustainable development.

Derek started paddling when he was 16, which in hind sight was a bit too late. He competed at Slalom and River Racing for about 8 years reaching Division 1 in Slalom. Following a very long layoff, Derek followed his children & took up Sprint & Marathon paddling in 2002 and has become hooked on it ever since. He is currently qualified to Level 3 for Inland Water & Level 2 for Racing Coach. Derek still enjoys coaching & competing in both sports and has reached Division 4 for Marathon racing & is the currently Scottish Masters Sprint Champion.  In September 2020, Derek completed the SportScotland COVID Officer course and is now the LKR COVID Officer.

At the age of about 10 or 12 Pete started to teach himself how to paddle on a raft made from bits of tree and some 5 gallon drums. The shaft of his first paddles still had the bark on! This rig even negotiated some (small) rapids. Soon after this he had the privilege of seeing in action, meeting and training on the same bit of water as (to say training with would not be true!) Alistair Wilson. Alistair went on to accumulate about 25 British sprint championships and attended 2 Olympics, finalling in one! At Uni, slalom seemed to be the way ahead. Pete became the Scottish Universities Champion and got to Div. 1. On leaving Uni Pete worked in several outdoor centres accumulating several coaching awards eventually becoming involved with coach education himself. He continued to compete in most disciplines but specialised in racing sprint and marathon. Over the years he accumulated a number of Scottish titles mainly in marathon as a veteran and even ventured, in a minor way, into Scottish Teams.